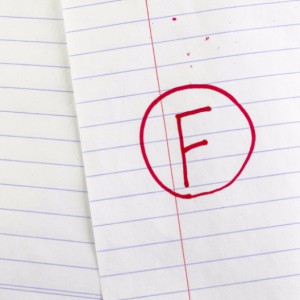 When it comes to efforts to regulate smoking in California, 40 percent of the cities in the state received a big fat F. According to the American Lung Association, all cities in Orange County failed except for Laguna Hills, Santa Ana and Laguna Woods. These cities didn’t come out shining either, but at least passed with a mediocre C.

Many issues were taken into consideration before issuing passing or failing grades: How is the city’s effort in regulating tobacco sales? Has the city made efforts to ban smoking at condos, apartments, public events and for pedestrians standing on sidewalks? The cities that received a C were given kudos for banning smoking in public parks, and Laguna Woods was given a pat on the back for banning tobacco from home patios and balconies.

The Lung Association says that smoking related deaths are the number one preventable death in the state of California.

According to Ravi Choudhuri, Advocacy Manager for the Orange County division of the American Lung Association in California, “It’s really important just to recognize what steps we’ve taken in our different communities against tobacco exposure and what steps we will need to be doing.”