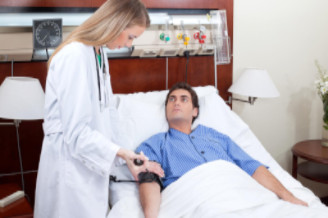 According to an online study conducted by the BMJ Open Journal, cannabis use among people experiencing a first psychotic episode is linked to a 50% heightened risk of hospital admission.

This study is the largest of its kind. The researchers studied the health records of 2,026 people who had experienced a first psychotic episode and been treated at one of the largest providers of mental health services in Europe between the years of 2006 and 2013.

A variety of conclusions were made through the findings of the study. Researchers found that psychotic patients who had used marijuana also had longer hospital stays, an increased compulsory detention rate and a higher number of prescriptions for different anti-psychotic drugs.

The data was unable to pinpoint whether the increase in prescriptions was prompted by poor treatment response, bad side effects or admission to hospital following a relapse. Researchers believe that many different antipsychotic prescriptions indicate possible treatment failure and could point toward a correlation between cannabis use and an increased risk of hospital admission linked to treatment failure.

Nevertheless, they conclude that their findings “highlight the importance of ascertaining cannabis use in people receiving care for psychotic disorders and prompt further study to investigate the mechanisms underlying poor clinical outcomes in people who use cannabis, and strategies to reduce associated harms.”