You are here: Home / tobacco cigarettes / How Smoking Affects Your Furry Friends 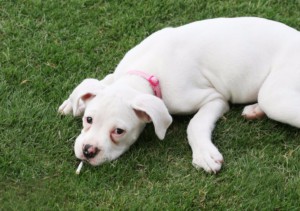 It’s no secret that traditional smoking is bad for your health, but are you aware that secondhand smoke is also incredibly harmful to your pets? Secondhand smoke, also known as ETS (Environmental Tobacco Smoke) releases harmful carcinogens into the air, which cause cancer in humans and in pets as well.

There are over 4,000 chemicals found in secondhand smoke including formaldehyde, nickel, vinyl chloride, arsenic, benzene and carbon monoxide. According to a variety of studies, tobacco smoke is comprised of 20 different carcinogens that are inhaled by pets and humans.

An article from The Dogington Post states that for dogs specifically, secondhand smoke is associated with nasal sinus and lung cancer. Long-nosed breeds such as collies that have been around secondhand smoke were found to suffer from the nasal cancer more than animals that had not been subject to ETS.

Not only can dogs suffer from cancer but also from allergic dermatitis, a condition where the skin becomes inflamed. Cats can suffer from lymphoma and other third-hand smoke diseases as a result of grooming and licking the carcinogens from their own fur.

Even birds can suffer from secondhand smoke. Their incredibly sensitive respiratory system make them susceptible to lung cancer, coughing, wheezing, eye and heart problems as well as infertility due to cigarette smoke.

Most pet owners care deeply for their pets and may have no idea that their secondhand smoke is affecting their health. Consider an alternative such as electronic cigarettes and do all you can to keep the smoke away from your pets.