You are here: Home / tobacco cigarettes / Confronting the Smoking Dilemma in Indonesia 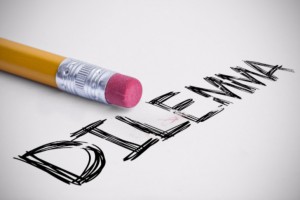 Indonesia has one of the top five cigarette smoking populations in the world. According to the Global Tobacco Survey, 36.1% of the population smokes, which means approximately 61.4 million Indonesians use tobacco products. Advertising and easy access to the products is prevalent in this country, especially for juveniles.

Before his death at the age of 26, Robby Indra Wahyuda, an aspiring singer and heavy smoker, created a petition on Change.org calling on Indonesian president Joko Widodo to accede to the World Health Organization Framework Convention on Tobacco Control (WHO FCTC). The petition was created in hopes of reducing the overwhelming number of smokers in the country.

The provisions would include new laws to regulate the sale, production, advertising, taxation and distribution of tobacco products. Unfortunately, the petition did not materialize the changes, making Indonesia the only Asian country not to adhere to the treaty.

Indonesia’s cigarette industry employs 6.1 million people. 344 billion cigarettes were produced by Indonesia in 2014, and the plan is to double this production by 2020. 2.1 million tobacco farmers’ livelihoods depend on the industry.

A huge dilemma for this country is that tobacco is a major contributor to its economy, yet according to a study by Health Ministry researcher Soewarta Kosen, 190,260 Indonesian lives were lost in 2010 from smoking-related diseases. The Tobacco Atlas 2015 states that every year 217,400 Indonesians die from complications of such diseases.

“It is silly that you can’t advertise infant formula and medicine in the country, but you can advertise cigarettes, a product that claims people’s lives,” said Kartono Muhammad, an advisory board member with the National Commission on Tobacco Control (Komnas PT).

Read this article for more information regarding the tobacco dilemma in Indonesia.