You are here: Home / electronic cigarettes / Does Vaping Lead to Problematic Drinking? 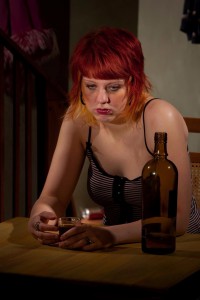 People often say that they drink more when they smoke. This statement and the rising popularity of electronic cigarettes led researchers at Indiana University-Purdue University Indianapolis to see if there is a correlation between vaping and increased alcohol consumption.

The 2015 study, which followed approximately 1400 individuals, was published in the Addictive Behaviors Journal. The research found that more women than men smoke e-cigs, a statistic opposite from smokers of traditional cigarettes.

Many people use e-cigarettes as an alternative to traditional cigarettes. According to the study, more than 6% of the population smokes electronically, including 17% of people with addictions.

The study revealed that smoking e-cigarettes leads to increased alcohol usage and vice versa. The research also showed that e-cigarette users are more likely to have a problem with alcohol than those who do not vape. Researchers stated that traditional smokers who kick the habit often lower their amount of alcohol consumption as well. However, if a person switches from traditional cigarettes to electronic, he or she is not as likely to decrease alcohol intake as someone who quits smoking entirely.

“If you quit cold turkey, it affects other behaviors associated with smoking such as drinking,” said Alexandra Hershberger, lead author of the study. “By replacing smoking with e-cigarette use, it could be that you are at risk of continuing behaviors that you don’t want to continue. This is particularly serious for people with alcohol addiction – using e-cigarettes could make it harder to stop drinking.”

The researchers believe it’s important to look at these secondary effects. More studies need to be completed to verify that there is a definite link between problematic drinking and e-cigs. However, if you have an addictive type of personality, being cautious and aware is important when dealing with the habitual use of cigarettes, e-cigs and alcohol.