You are here: Home / electronic cigarettes / Turning to Robot Power to Test the Effects of Vaping on the Lungs 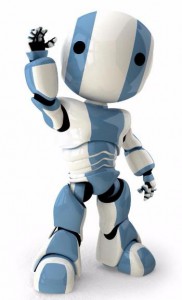 University of Miami scientists have begun using smoking robots to study the effects of e-cigarette vapor on the lungs and airways of e-cigarette users. This is being done in an effort to ensure that e-cigarettes are safe for humans to use.

While researchers have had decades to study the effects of inhaling burning tobacco, they simply haven’t had enough time to develop any conclusive results about the long-term effects that vaping has on the human body. However, these robots, and the others like them, are helping to break down these barriers.

Miami researchers are using a high-tech laboratory and specially created e-cigarettes to perform a series of tests in order to glean information about how vaping affects the lungs and airways. The robots they’re using work by taking a drag on the e-cig every minute. The resulting vapor travels down a tube and mixes with air. Human airway cells are then exposed to the vapor/air mixture.

This process is also being performed with nicotine free e-liquid in order to test the exposure to vapor alone. Researchers expect their study will last five years.

While headlines discussing the scientific investigation of e-cigarette health and safety can mislead people into believing that testing is being done because there is a danger, the reality is that testing is also necessary to prove the opposite. Like the study being performed by Dr. Salathe, other scientists have used smoking robots with success and have returned positive results for vapers.

If you’d like to take a look at what the smoking robot looks like, Yahoo News has a video piece reporting on the study. However, you’ll notice that the reporting takes on a decidedly anti-vaping tone.

To continue learning about all things smoking, including cigarettes, e-smoking and medical marijuana, browse our Up in Smoke Learning Center today.